Books I Can't Seem to Finish

One theme that has played out repeatedly in my life is a tendency to start things but be unable to finish them. No one (myself included) wants to think about the many reasons why this happens to me in general, but I will say that when it comes to books, I've realized that it's not always the book itself that makes me stop. Sometimes, I'm too busy to read, or I find that I'm just not in the mood for a certain kind of book, or it becomes apparent that I just can't concentrate for whatever reason, and so forth.

However, there are occasions when I can't finish a particular book because of the book itself, and one recurring issue I have in this regard is with books that are (IMO! always IMO!) unnecessarily long. 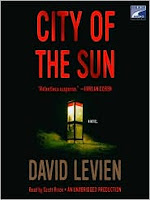 City of the Sun 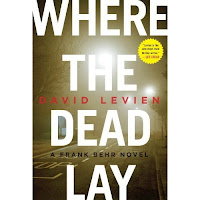 Books 1 and 2 in the Frank Behr Series, by David Levien

General comments on the series thus far
I'd call this hard-edged detective fiction that is actually about a PI (who was *formerly* a detective). The strengths of the series are that the main character, Frank Behr, is tortured and self-hating while also being smart and able to get out of his own misery (mostly). He has been wounded emotionally by the death of his child, so he has the tortured psyche thing going. He misses his work on the police force (he was let go), so he has the "I am a fuck-up who has nothing to lose" thing going. He's observant, thoughtful, ruthless, quiet, and sad--all of which makes for, to me, a very interesting character; he sounds like a lot of others, but I did not find him stereotypical or wooden.

Series takes place in Indianapolis, which I like because it's city without many pretensions to grandeur--and yet there are compelling stories to be told, etc. The book draws from the nonentity-ness of Indianapolis in a way; what I mean is, it doesn't rely on the well-known image of a certain place (NYC, LA) to carry itself. It provides its own world-building.

The series focuses alternately on Behr, the victims of the crimes he is investigating, and the perpetrators, so you get multiple points of view on the crimes/investigations. In the the first book, City of Light, Behr works with a father/mother whose child has been kidnapped. In Where the Dead Lay, he works on two cases, one of which involves someone he knows.

What is great about the series?
The books are impossible to stop reading/listening to; the author is great at suspense and dialogue, IMO. Frank Behr is extremely likable and interesting in his self-hatred. The author is sensitive to racial tension/class tension and seems to be interested in what causes people to act criminally. The crimes are so horrific as to be unforgettable.

What do you not like so much about it?
The crimes are so horrific as to be unforgettable. The worst crimes are inevitably perpetrated by lower-income "redneck" racist white people--it'll emerge later on whether that is the case throughout. The author does try to portray these people in all of their hateful complexity. The books have big "movie" finishes--I see that the author was a screenwriter, and so this makes sense. But with great characters like Behr, it's not always necessary to have a big violent payoff--IMO. Not all who read crime series feel the same.

What about the audiobook in particular?
It's read by Scott Brick, who is one of the best readers out there.

What about the Kindle version in particular?
A couple of spacing issues/typos. I get the sense this is a Kindle formatting issue, not a print publisher problem, but I don't know.

Will you read more in the series?
I will. I found the first book more compelling/focused in tension and plot, but I liked part of the second. The series could be at a turning point: some fairly formulaic character development things happened in book 2, and I'm interested to see how the author will respond; in my opinion, he'll either keep his character interesting or stereotypify him.

These are great crime novels, I have to say--it's great to find a new series that has such promise. I hope the author keeps them strong/interesting.

What is the book about?
A group of wealthy people who live in Cape Cod and like to knit. The main characters are Nell and Ben, a couple in their sixties, and Izzy, their niece, who owns the Seaside Knitting Studio. Izzy was once a high-powered lawyer at a firm in Boston but gave it up to run the knitting studio. She is a knitting genius and loves creating patterns and making lovely window displays in the store. Nell and Ben do nothing but go to meetings for charitable foundations and buy art. They may be retired now. Anyway, above Izzy's knitting store is an apt. She rents it to her friend Angie, who is found dead. The Seaside Knitters (I think the town is called Seaside) end up solving the case.

What works best about the book?
Setting/atmosphere. The descriptions of yarn and food are quite sumptuous and lovely. Also, there are great descriptions of the beach and the summer. The author has created a community where everyone knows everyone, and they try for the most part to help each other out. The book paints a nice picture of belonging/comfort/beauty.

What doesn't work so well about the book?
The characters are sheltered, clueless rich people who live in a bubble. No one has money problems. No one is ugly. No one is mean. No one is African American. It's a bit creepy in its cluelessness. The fantasy itself--carefree, happy, well-off white people on the seaside--isn't really a dream I can really get into. The other part of the fantasy, however--a world where people are constantly either knitting beautiful things with beautiful yarns and or talking about how pretty the yarns are--worked for me.

In sum
The book is as annoying as it is comforting if you are bothered by the insularity of the community and the characters. If you can let that go, you'll find it all very lovely--but you will probably hate yourself for it later.
Posted by beth666ann No comments: